This website will inform you about the High Sheriff’s work and activities during their Shrieval Year. It features the areas of life in Surrey upon which the incumbent focuses, with reports upon, and photographs of, visits made to charities, voluntary groups, agencies and organisations, and events attended.

A High Sheriff is appointed personally by the Sovereign and it is an independent, non-political and unpaid office, each occupant funding what they do during their year. It is the oldest secular Office in the UK after the Crown, dating back to Saxon days, when the shire-reeve’s role was one of collecting taxes for the King and preserving the peace. The “millennium” of the Office was celebrated in 1992.

Beginning in the Middle Ages, the Judges of Assize were given hospitality and security whilst visiting a county to try felonies, the most serious criminal offences. The Crown Court replaced the Assizes in 1971, and the High Sheriff’s role has since evolved under the aegis of the High Sheriff Association.

His Honour Christopher Critchlow LL.B, DL, as High Sheriff of Surrey 2022-23, has a theme:

AGAINST ABUSE, FOR RECOVERY.

He aims to help all in Surrey who work with victims of domestic abuse, and to give support to the Police and agencies that are tackling violence against women and girls. It is a time of recovery from the adverse effects of Covid and this too will be an area of focus. 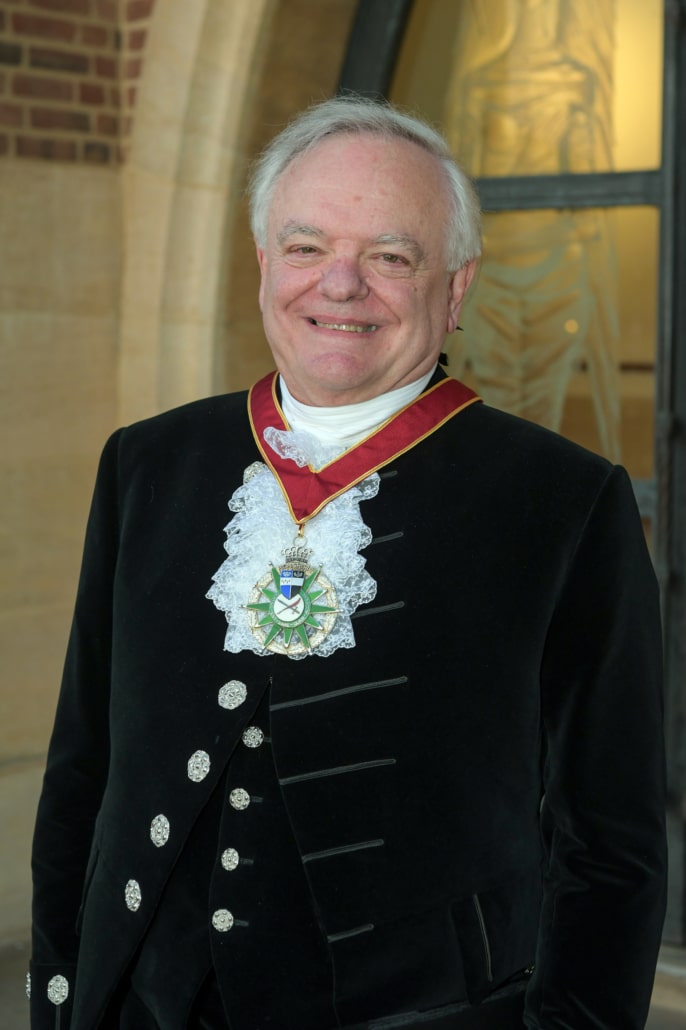 AGAINST ABUSE, FOR RECOVERY

On behalf of the Lord Lieutenant of Surrey I have for two years chaired a Focus Group on Domestic Abuse. In my shrievalty year I and the FG will continue to support the people and agencies in Surrey who help victims of abuse in their recovery – the Police, SCC, voluntary organisations and charities.

As a High Sheriff at a time of recovery from the adverse effects of Covid, I intend to assist those working in the County to help people badly affected by the pandemic, which disrupted lives and brought serious difficulties for many, including children, some of whom are suffering from mental health difficulties. Also, I shall assist those who will need support because of the adverse affects on the basics of living resulting from the war in the Ukraine. I will bring together as many of those who are providing help across the county to those in difficulty.

Thanks for your ongoing support towards and interest in @airambulancekss.

Read about more visits in News

Since 1993 the HSYA Scheme has given grants to projects for young people in Surrey with the aim of helping young people make the county safer. Funding up to £5,000 may be given to a new or existing project or initiative, after it has been assessed by volunteers working for the charity and then approved by the Awards Panel.

The 11 Surrey Boroughs, SCC, the Police and Crime Commissioner, charities and individuals give financial support and money is raised at some High Sheriff events. In June 2022 the first High Sheriff Charity Golf Day will raise funds for the HSYA. Certificates of Achievement may be given out and there is an annual Awards Ceremony.

The High Sheriff Youth Awards make grants for any amount from £500 up to £5,000. Applications are welcome at any time and are considered by a panel which meets quarterly. See www.surreyhighsheriff.org for funding guidance and an application form.

The key objectives of the High Sheriff are:

to support the Royal Family, the Judiciary, the Police, the Prison services and other law enforcement agencies, the emergency services. local authorities and church and faith groups.

to take an active part in promoting the voluntary sector and in encouraging voluntary organisations, particularly where they are involved with crime reduction and social cohesion.

to bring together all sections of the diverse community in their county.

to uphold and enhance the ancient office of High Sheriff.and to make a meaningful contribution to the county during the Year of Office.

to support, when appropriate, the Lord Lieutenant, Her Majesty’s representative in the County.

Help is given to the young, through the High Sheriff Youth Awards scheme and National Crimebeat is the Youth Crime Prevention Charity of the HSA. High Sheriff Certificates may be presented to those living in Surrey who have carried out great and valuable work for their community. Links with the Community Foundation for Surrey are close and visits to charities and voluntary organisations are a key part of the year’s undertakings.

The Proclamation of the Accession of King Charles

A fantastic visit to Scoutabout https://www.high

A wonderful visit to @oakleaf_enterprise http

Normandy Village Hall: Its Centenary and a Celebra