His Honour Christopher Critchlow DL and his wife Wendy have lived in Surrey since 1980, and their three children attended schools in Guildford.

The High Sheriff was born in Manchester and was educated there and in Lancaster, before graduating in law at Exeter University and being called to the Bar by the Inner Temple. From 1974 he practised as a barrister on the Western Circuit in crime and common law, out of London chambers, before specialising in professional negligence cases from 1991. After 12 years sitting as a Recorder, (a part-time judge), he became a Circuit Judge in 2000, sitting in Crown and County Courts in Berkshire and Surrey before becoming Resident Judge of Guildford Crown Court in 2008. He was appointed the Honorary Recorder of Guildford and retired in 2016.
For over 20 years he taught advocacy and ethics to barristers of his Inn, of which he has been a Bencher since 2003. He was a governor of RGS Guildford for 16 years, becoming Vice-Chairman. He is a Trustee of Surrey Clubs for Young Persons, the HSYA, and Painshill Park, a patron of GASP and an ambassador for Transform Housing and the Community Foundation for Surrey.

A Deputy Lieutenant of Surrey since 2009, he has come across many unselfish people in the county who volunteer to assist people in difficulties. He hopes to visit many of them, their charities and voluntary organisations during his year. Without them, there would be far more deprivation, need and suffering in the county.
A Charity Golf Day will raise funds for the HSYA, which is the one Charity for which the HS raises money. It gives valuable support to the youth of the county and their projects about matters of law and order. He will encourage the Leaders and CEOs of the Boroughs to encourage the young to come forward and apply for funds.
As Chairman of the Lord Lieutenant’s Focus Group on Domestic Abuse, he and other DLs support the Refuges, charities and agencies working to help victims of such abuse. Tackling violence against women will be part of his focus. He will carry out the traditional role of the High Sheriff in supporting the Courts and Judiciary, the Emergency Services, the Probation Service, the Prisons and the civic institutions. He will also pursue his interest in the rehabilitation of former prisoners.

The last two years have brought great upheaval in the lives of people of all ages. The High Sheriff hopes to thank many of the Surrey people who’ve worked tirelessly to help those who’ve suffered. He can also bring people together – the Boroughs, the County Council, agencies and charities – and support their relationships and foster their links. 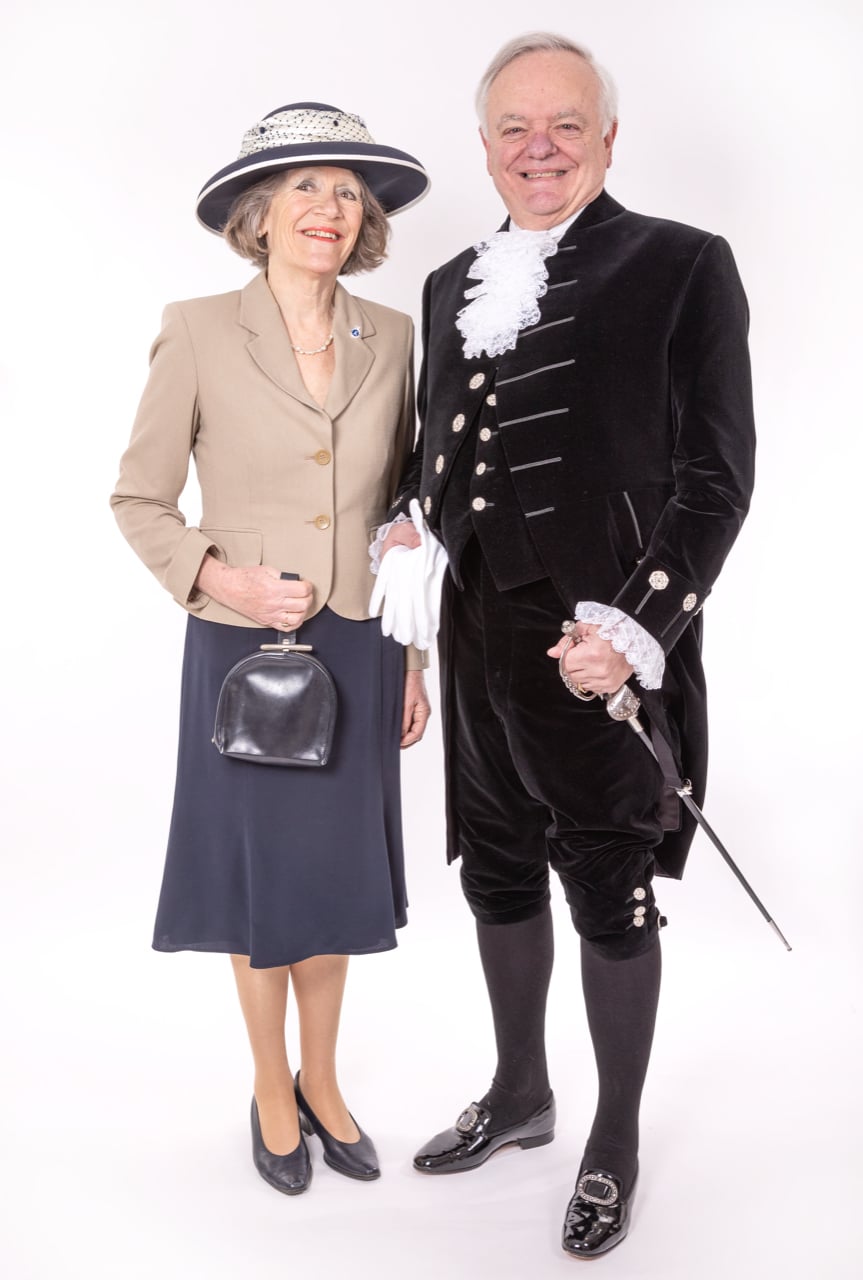