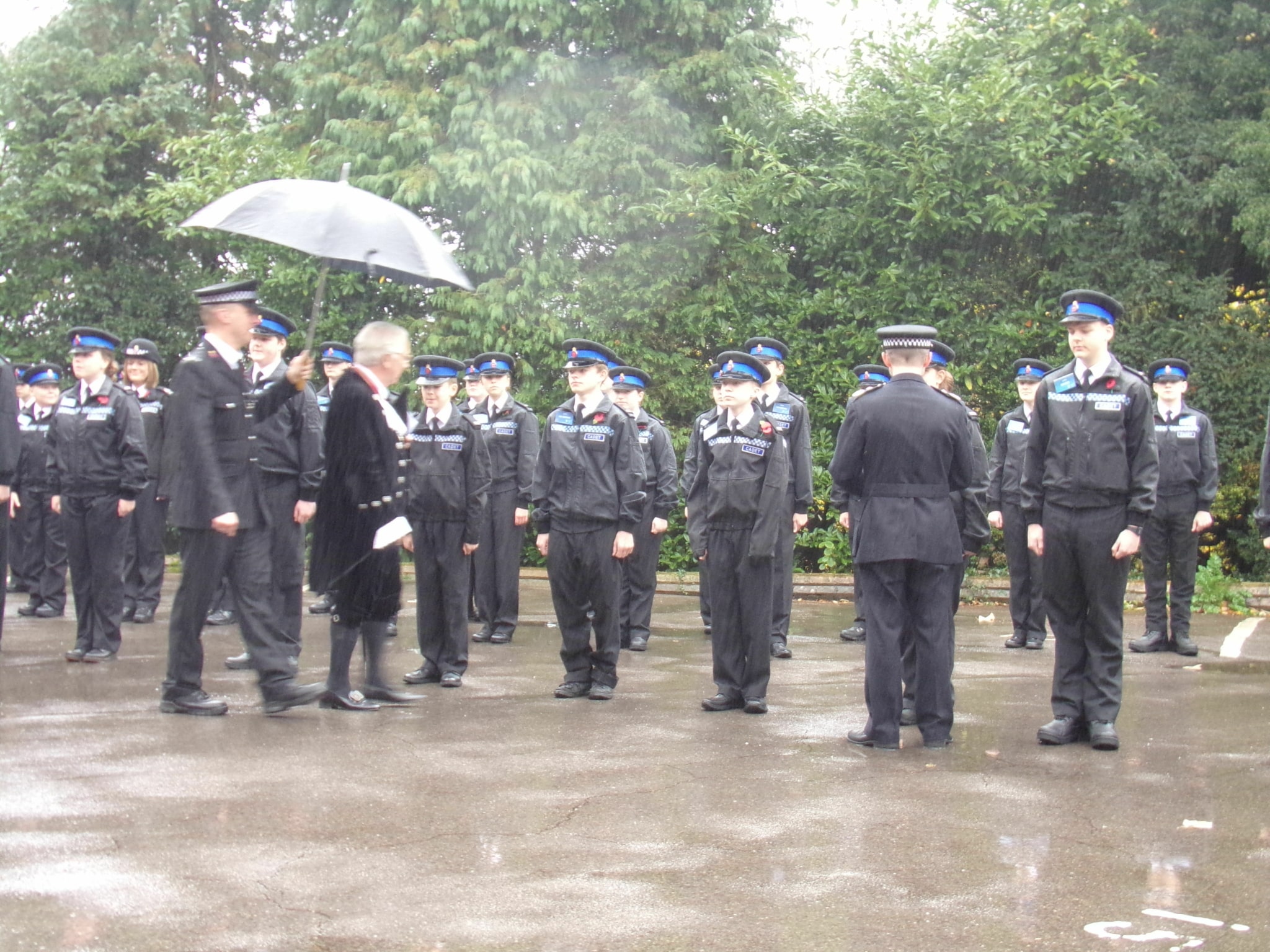 Attended the  Attestation of 63 new Volunteer Police Cadets (VPC) , aged 13 to 18 from three units,  as they paraded and wore their uniforms for the first time. I joined the Deputy Chief Constable in inspecting their serried ranks and was very impressed with their turnout. As were around 150 proud parents and families attending the event. Surrey Police began the VPC scheme a year ago and there are now six units across the County. These units are run by members of  the Police Force who voluntarily give their time. The national objective for the VPC scheme is to recruit at least 25% from disadvantaged backgrounds.  The scheme offers varied activities and opportunities to enhance the cadets’  interpersonal skills and confidence. The cadets I talked to were really enthusiastic.   I am in discussion with Surrey Police how the High Sheriff could play a role in the years ahead in promoting and celebrating this initiative which on today’s evidence is making a real difference to the lives of many young people in the County. 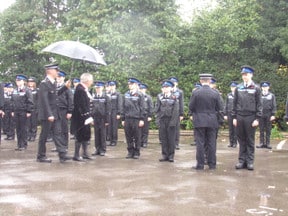