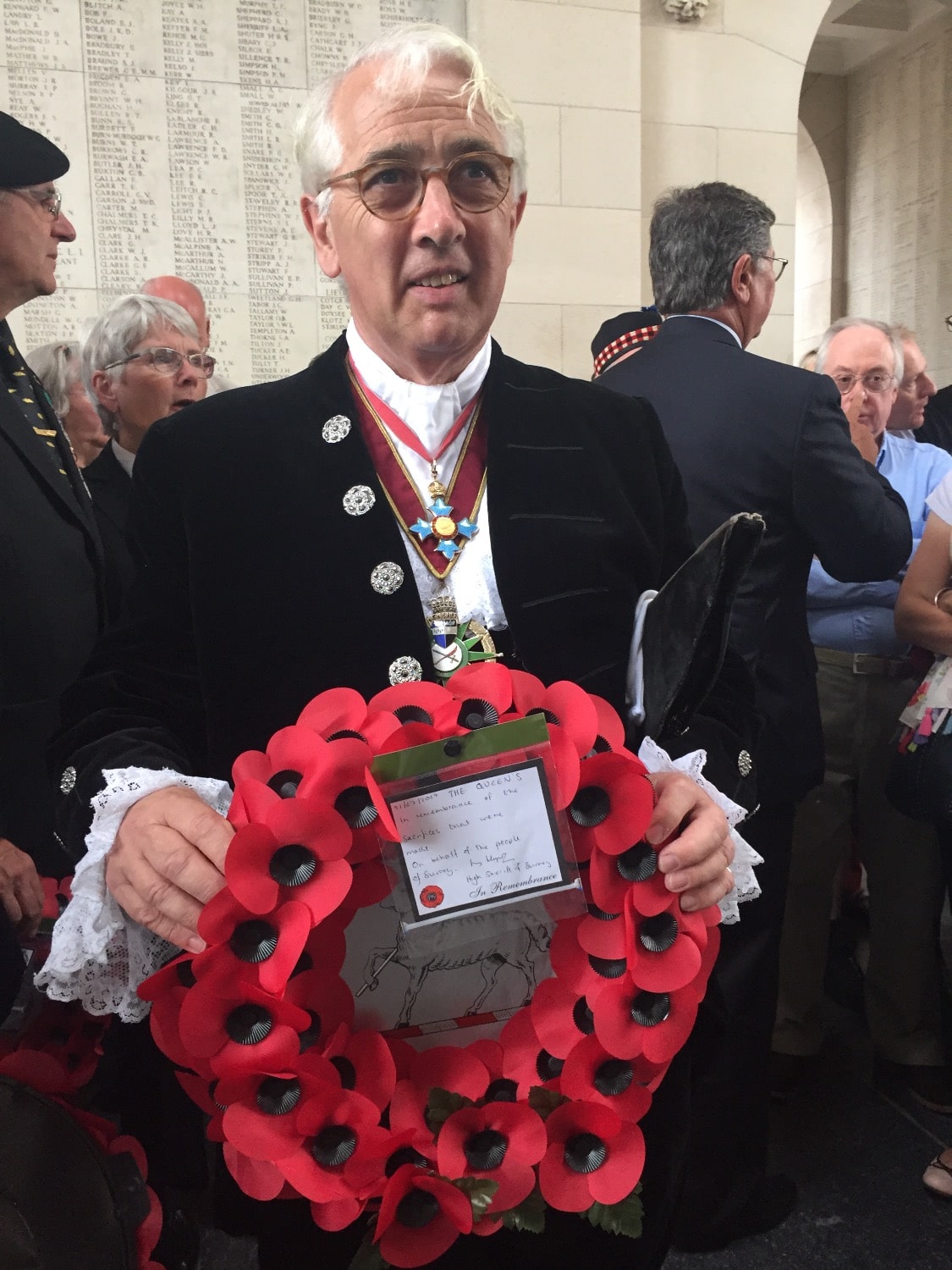 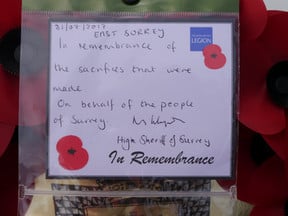 31st July was the 100th anniversary off the first day of the third battle of Ypres, or Passendale (Passchendaele) in which the two Surrey Regiments fought. I was present at the Menin Gate in Ypres on the 31st at the evening ceremony of the Last Post and as as High Sheriff (in uniform) laid two “official” wreaths in memory of the many names of the fallen of the  Queens Royal Regiment (West Surrey) and the East Surrey Regiment. In addition my daughter laid a Black Watch wreath in memory of my Grandfather (also Robert Napier) who was killed a few miles north of Ypres on the 31st July 1917. Being the 100th anniversary it was a very special Last Post occasion with a large crowd, dignified and very moving. 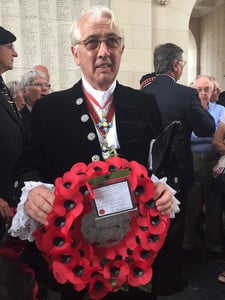